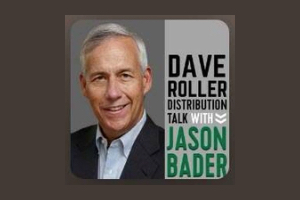 Jason Bader: One other area that I ran across, it was an article you had talked about plugging, you know, five pricing leaks, you know, where we’re where we’re losing money here and would you mind going down through a couple of those just to share with the listeners cause I thought those were really things that sometimes people don’t think about, you know, plugging the leaks in the boat. They’re always trying to sell more, but they forget about the leaks in the bottom of the boat.

Dave Roller: Absolutely. The tough times. There’s so much coming at you, and you’re trying to restore sales growth, you’re worried about your expenses and sometimes these things slip underneath the radar. If I was a distributor executive today, the first thing I would do is get my customer contract, customer specific pricing record file and I’d have it quantified. For each record, I’d want to know how much that customer had purchased against the record, how often and at what margin. I would be willing to make a sale small wager that the average distributor would find 50 to 60% of those records are either unnecessary, or they’re counterproductive. And by unnecessary, I mean customers buying so little, they’re not meeting the original expectation. They should expire it, let pricing fall to a lower level of the pricing hierarchy.

Dave Roller: And the customer pricing they keep should be evaluated. For example, one of our tasks early on in our programs, is we do what we’re talking about here, and go in and identify customer pricing records that can be safely increased. Typically, it’s not very many margin points per, but each record that should be retained, has a lot of sales and volume.

Jason Bader: You know David, it’s funny that you mentioned this. I think distributors have this irrational belief that their customers know what they should be paying for way more items than they really do. I think this is just one that kills me, you know? And you know, what’s funny is that I’ll ask this to audiences, I’ll put that in what percent of a supplier line do you think your customers actually know what they should be paying for it? And most of them will say, you know, less than 5%. But their pricing strategy does not reflect that. Well, I say it, but they don’t do it.

Dave Roller: Oh, gosh, the fear is so powerful. The fear of getting caught speeding on your price or having to justify a price is strong enough that you almost sometimes think people believe their customers are omnipotent and they know everything. And you’re exactly right. It’s 5% of items. 10% Max. They don’t know the margin. They don’t buy it often enough. And they don’t want to spend the time it takes to price shop an item they buy once or twice a year. Combined those items equal 30% of their overall purchases on average. It’s a lot.

Jason Bader: Yeah, t’s funny. And that’s just kind of one of those that I always point to say, guys, you know, there is at least 90% of a supplier line that you should be able to do a whole lot better than you’re doing right now and I think that’s kind of the magic area that you all get into.

Dave Roller: Well one of my personal pet peeves I’ll confess is when you see pricing records set up for a customer on a product line basis. Now there’s sometimes you must do that. For example, when an electrical distributor is pricing multiple colors of a wire item, it probably makes sense.  However, you see that the distributors with the lowest margin in their industry are the ones that use blanket product group pricing the most.   Part of the reason this happens is for the sales person’s convenience. The sales person thinks…I’m going to give them a 25% margin on X line. When they make that pricing decision, they’re thinking of a handful of very competitive items.

Dave Roller: They’re not thinking about the rest and our view is that distributors can be more profitable, if they skim the cream and price those key items on a granular basis, and then raise the margin on the rest.

Jason Bader: And Dave, I think everyone would agree with you too. I mean, I think when you pose it that way, everyone would agree with you. But it’s the complication of doing that. I think that’s where the barrier is that these ERPs especially in their pricing matrix programs or that piece has become really complicated. and it’s become very difficult to do exactly what you’re saying right there. And that’s the trouble I think, in many cases, you know, people would love to do what you’re saying, but they don’t know how.

Dave Roller: Well when people ask us about our business, I always say we’re tacticians. We’re not strategists. I think the strategy of pricing for anyone who’s been in our business is pretty simple “How do you get more by figuring out what is less price sensitive?” Your point that it’s hard is apt. So our value add, if you boil it all down, is to have a specialized set of analytics, experience in doing this that allows distributors to reach in to that vast group of items and transactions and customers, and figure out how to do some of the things we’re talking about.

Distribution Talk with Jason Bader: Competing with the E-comm Giants